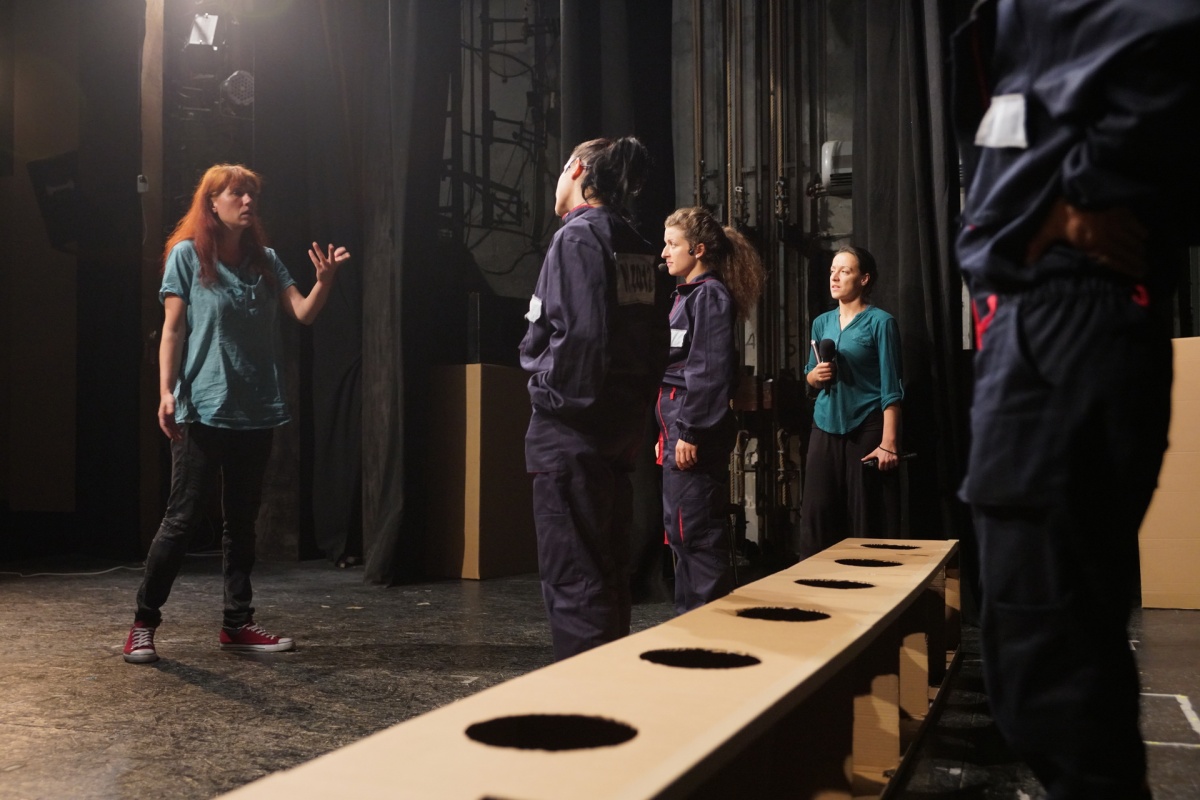 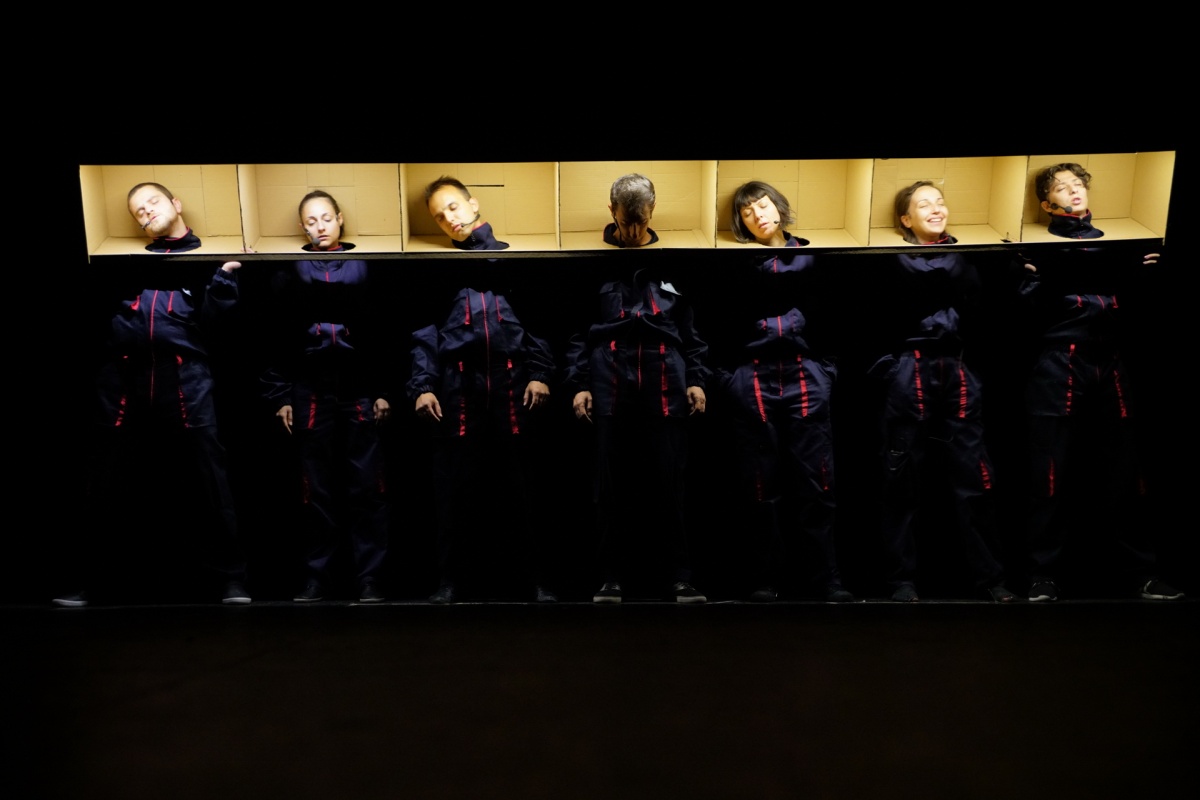 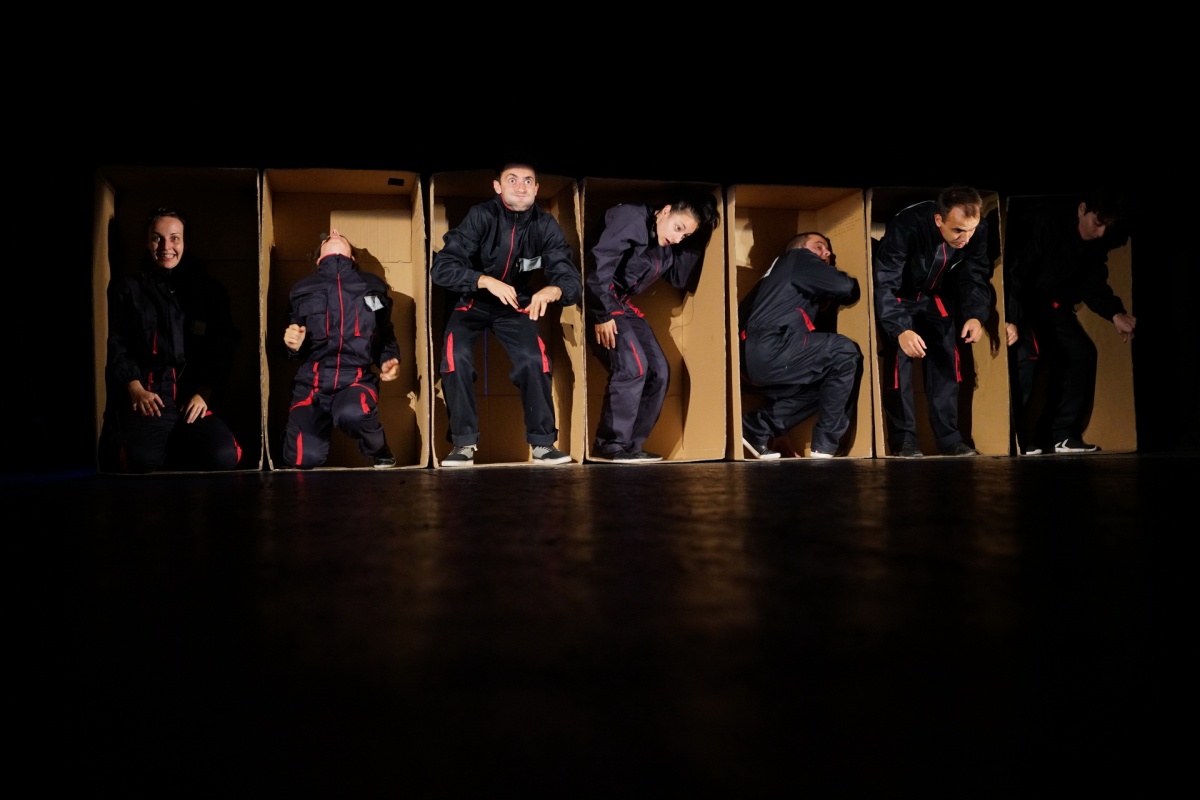 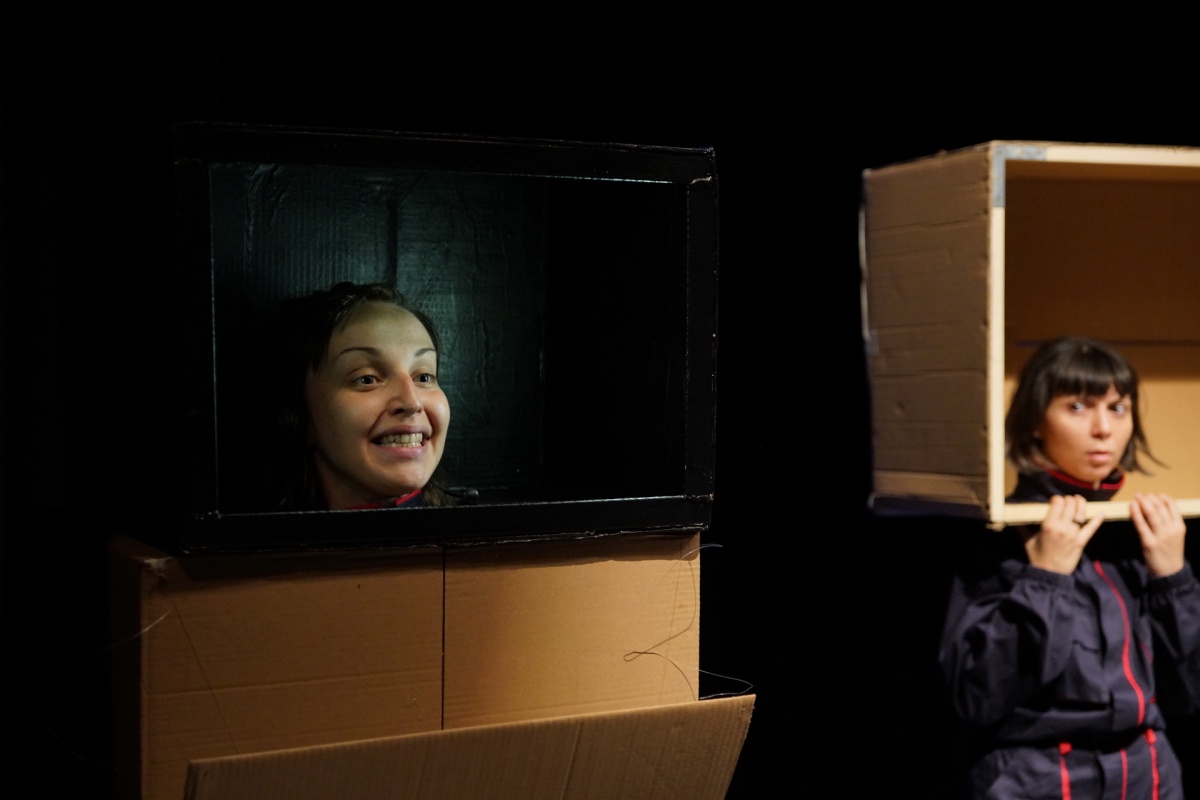 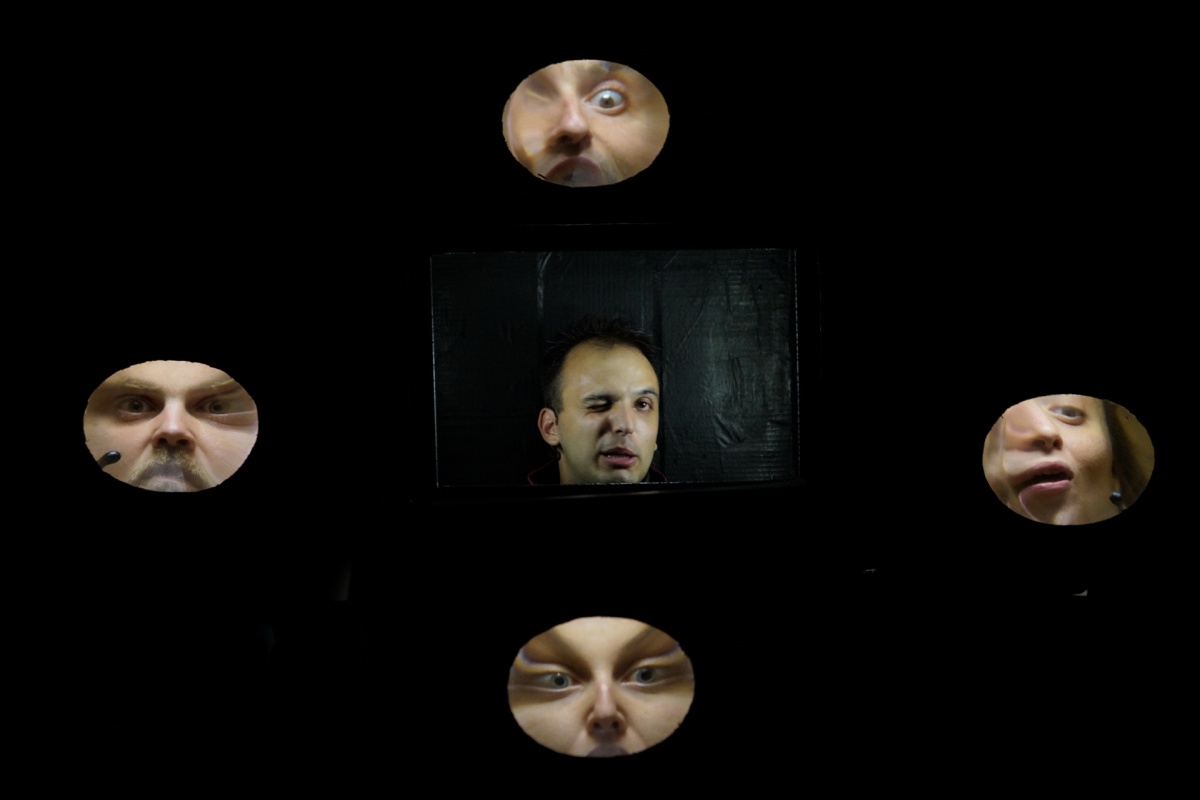 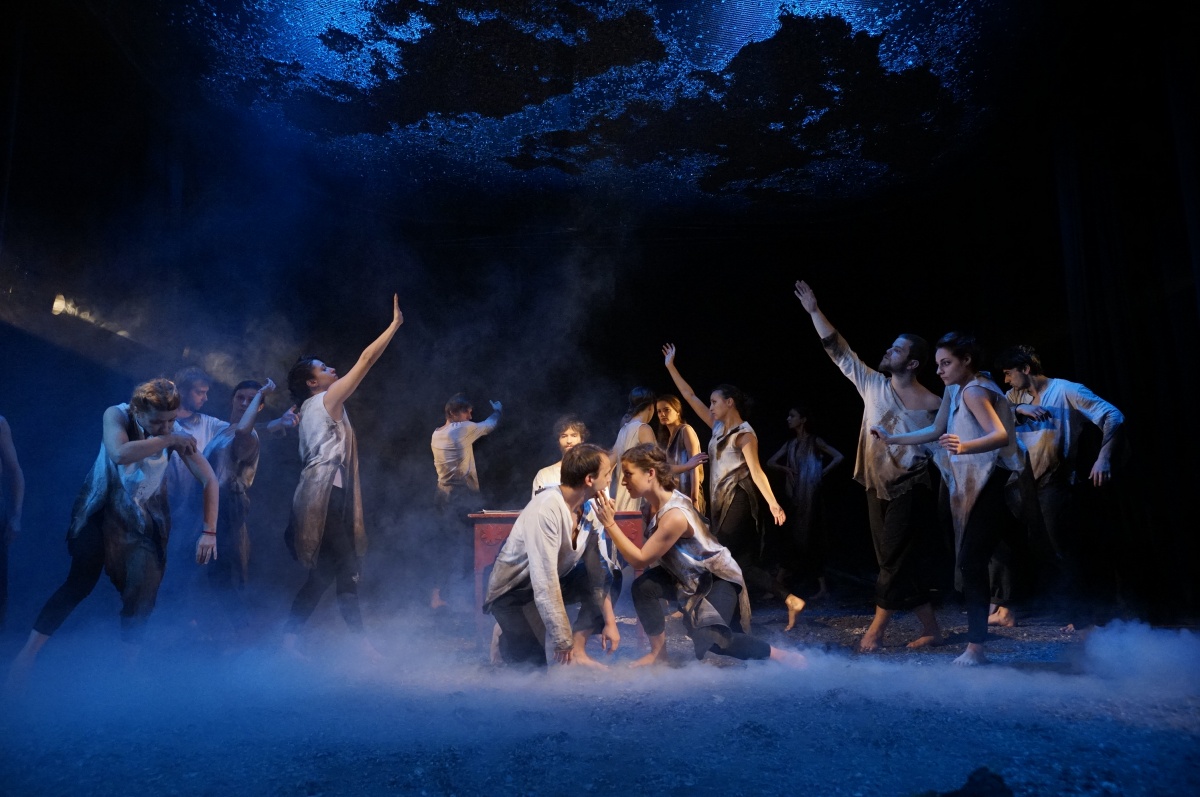 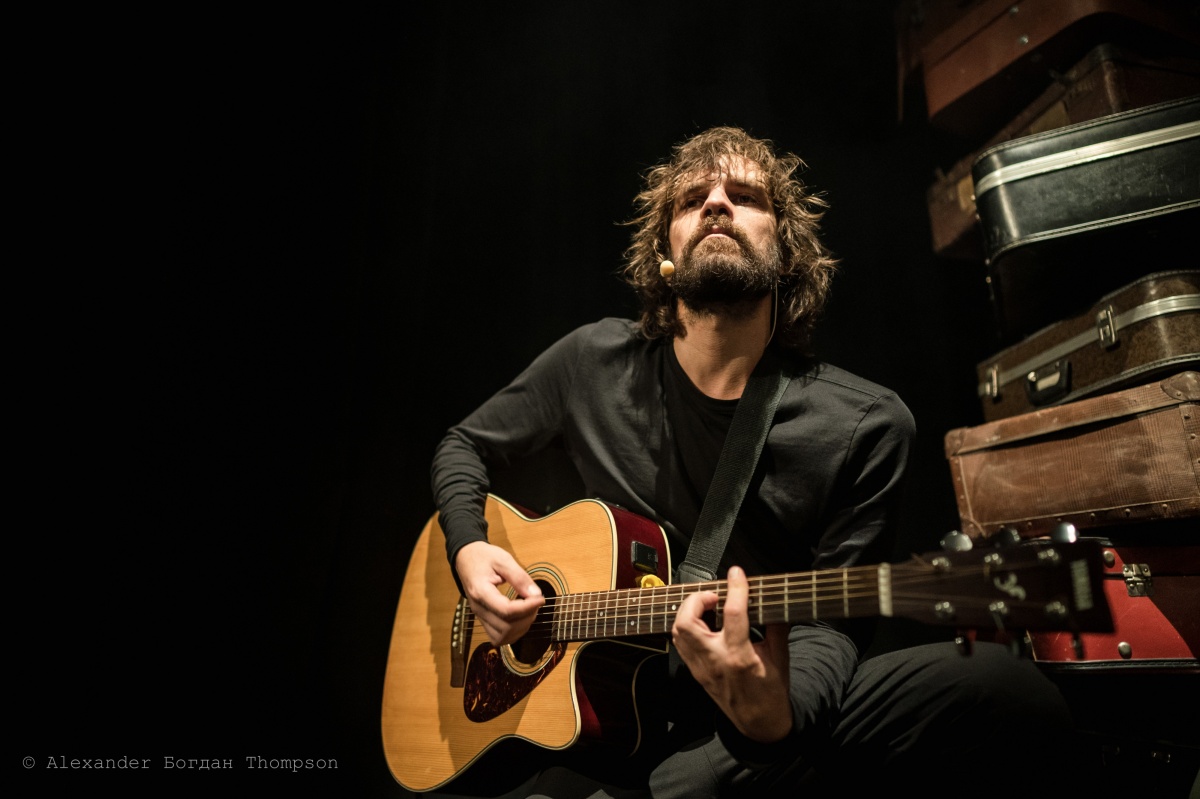 ABOUT THE CREATIVE LABORATORIES

Assoc. Prof. Peter Pashov:… the director's laboratories have started. In order to develop and enrich the instruments of actors and directors, to open new territories.
This is useful for all - professional actors get the opportunity to work in an area that repertory theaters do not offer…

People are being refined, in a fortnight a spiritual environment is created, a spiritual camp in which everyone participates.
Peter Tzankov: Professionals are involved in the director's laboratory, and this is an accumulation of experience in searching for another type of creative language other than the realistic, well-known theater, taught at NATFIZ. None of us knows what will be born in the end. We look for the process and finally we show people one step of the process…

In the field of puppet theater, this is something unique. This kind of work involves a lot of pampering. The young actors who are actively involved are captivating with their cleanliness and genuineness, lack of prints, and this makes them a wonderful subject matter, and they learn a lot about concentration, creative process, hygiene….

The laboratory is intended for young directors, actors, set designers, playwrights and anyone wishing to perfect and expand their creative instrumentation in the field of adult puppetry.

In 2004 Stara Zagora hosted for the second time:

In 2005, the director's laboratory crossed the borders of the Balkans:

Actors from the Puppet Theater - Stara Zagora and students from the Acting Class for Puppet Theater class at the National Academy of Theater and Film Arts “Kr. Sarafov” by Assoc. Prof. Zhenya Pashova participate in the creative process.

For the first time, students from the specialty of film directing and camerawork are involved in the laboratory, creating a documentary film "Laboratory", reflecting the creative period.

It is decided to hold creative laboratories as biennials.

Teachers from the puppet department at the National Academy of Science and Technology "Kr. Sarafov" are invited to participate in the laboratory.
Within the laboratory, the work of the Puppet Theater Acting Department is presented to the interested theater and academic community in Stara Zagora and the region.

The fruit of the creative process is the creation of the show "Comedy aha-aha-del arte".

Since the beginning of June 2012 has started:

Topic: The Musical - a provocation for creative pursuits in synthetic performing arts
Artistic director: Istvan Nagi / Hungary /
Assistant: Gabriela Hadzhikostova / Hungary /
Composer: Peter Tzankov / Bulgaria /
Costume Designer: Adriana Naydenova / Bulgaria /
The actors from the State Puppet Theater - Stara Zagora and actors from the Melpomena program are participating. The creative process ends with the staging of "We Will Not Pay" (by Dario Fo).
A BNT2 team is making a documentary about the work of the creative laboratory under the name "Who Still Does Not Want to Pay" with director Yuri Dachev.

The topic being explored is FEAR. A team has been invited to document the process.

The purpose of this lab was not only to engage the participants in the immensity of the theatrical illusion, but also to engage, share, infect the ordinary viewer with our continued and unremitting desire to discover that the theater is like the universe - infinitely high, infinitely deep.

The object that was investigated during the lab is human fear. His faces and incarnations. His ability to control the world around us and ourselves. What human nature is capable of rebelling against its most archaic enemy - Fear?

The results: The work from the laboratory grew into the creation of the theater performance for adults "Fear" with director Veselka Kuncheva, who brought four nominations and three IKAR 2015 awards to the performance. The documentary "Fear" was also created with director Maria Stoyanova, who participated in selections at International Documentary Film Festivals in Europe.

On September 25, 2016, the ninth edition of THE INTERNATIONAL AGAINST YOURSELF INTERNATIONAL CREATIVE LABORATORY is forthcoming
artistic director: Veselka Kuncheva
The lab will aim to explore Dostoevsky's world and analyze the passion of man to go against himself. 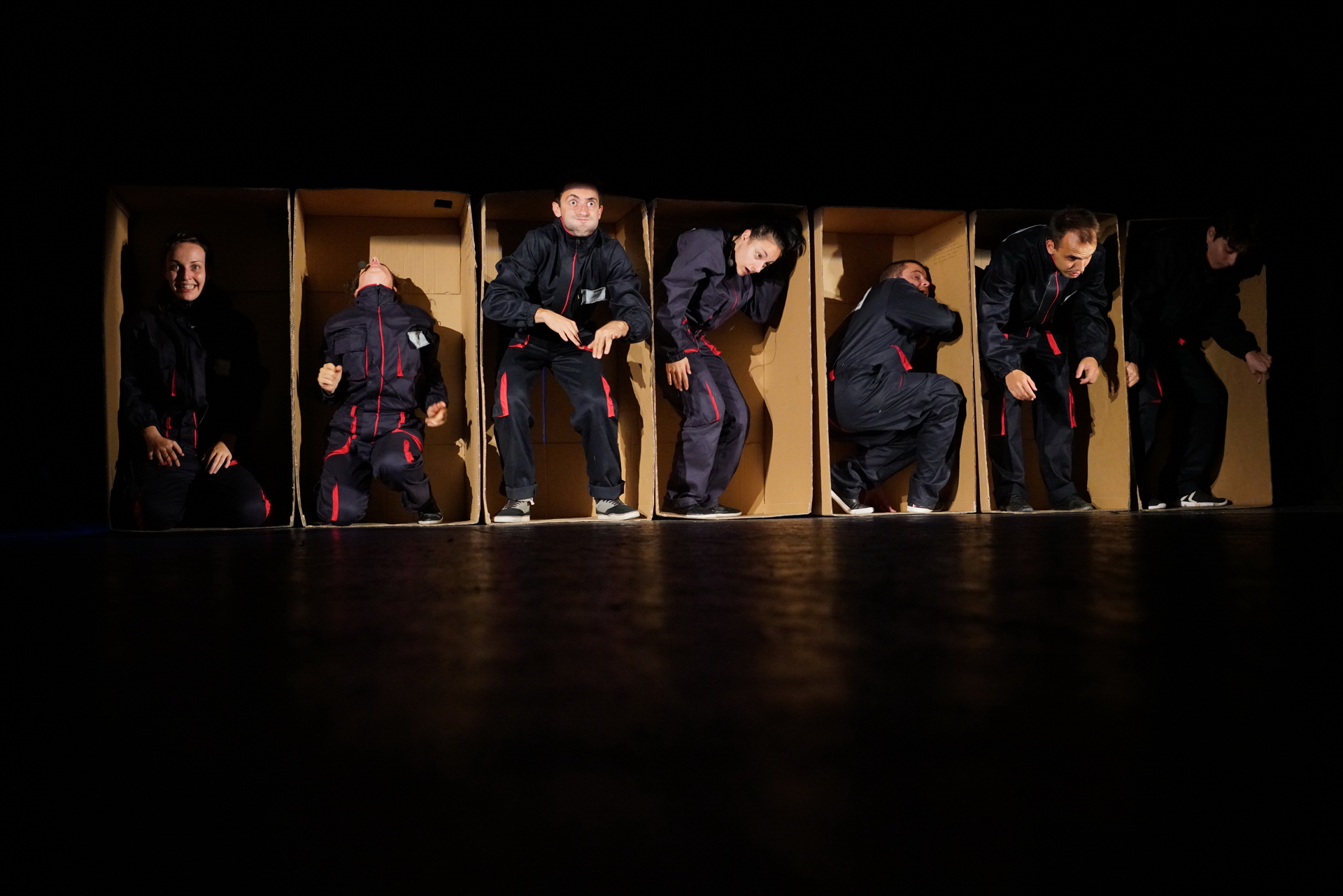