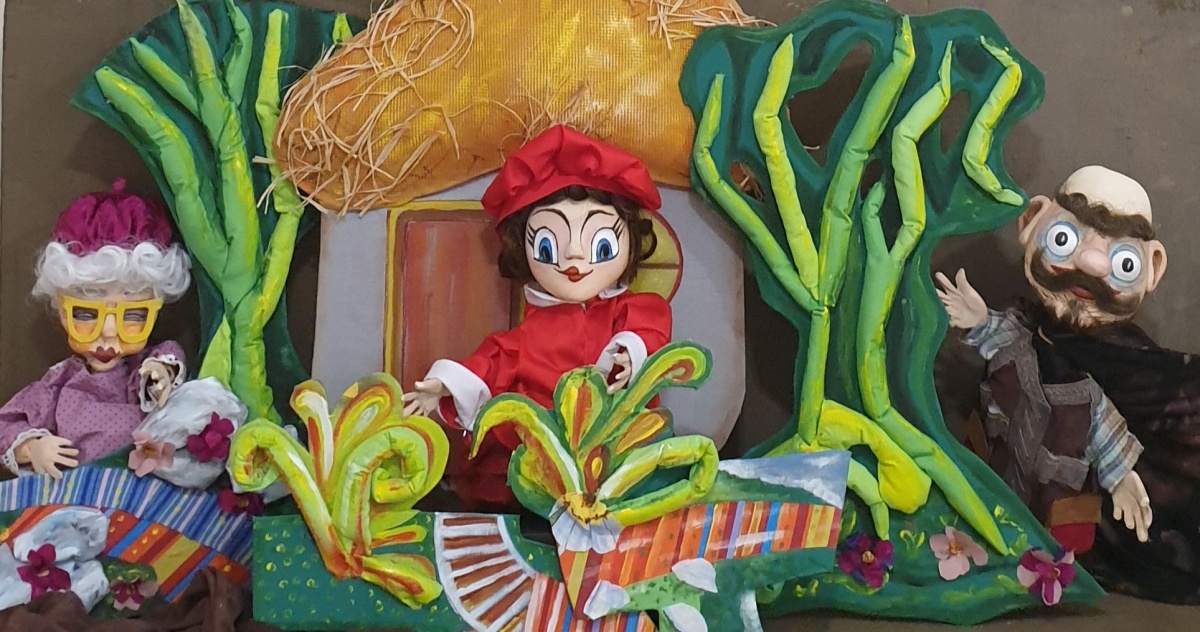 Despite the complicated economic situation, the shocking daily statistics and the extraordinary epidemic conditions our team has continued to work and create artistic treasures for our spectators. On Luly 22nd and 26th you can watch the premiere of the "Little Red Riding Hood" by Charles Perrault.

The task has been implemented by the director - Tsveti Penyashki /"Petya and the Wolf", "No Way Out", "To put it mildly", "The Christmas Tree" /, the set designer - Ilina Stefanova and the composer - Milen Apostolov /nominated for IKAR 2019 Award for the music of "To put it mildly"/.

The characters in the show will be animated by the actors Ivana Boboycheva, Maria Dzhoykeva, Yordan Tinkov and Lyuben Chanev.

Here are some photos from the sixth day of PIERROT 2019. Photographer: Teodora Todorova

The "BURNOUT" performance of State Puppet Theater - Stara Zagora based on the idea of Veselka Kuncheva and Ina Bozhidarova and directed by Veselka Kuncheva, has been nominated for the IKAR 2022 Award in the category ACHIEVEMENTS IN PUPPETRY. The nominatio

Here are some photos from the third day of PIERROT 2019. Photographer: Teodora Todorova

We are sorry to announce that the performance "Winter Tale" is cancelled from the competition and the program of Pierrot 2019 due to technical problems of Sofia Puppet Theater! Anyone who has already purchased a ticket for this performance can rebook it

International Puppet-Theater Festival “PIERROT”, is a unique festival in Europe, awarded by the European Festival Association with an European Label for Importance and Innovation EFFE 2019-2020 (Europe for Festivals, Europe Festivals).

The Nymph PREMIERE On February, 10th and 11th at 19:30 "The Nymph" is a puppet dance-show for adults based on the so called fairy tale written by Ran Bosilek and the folk tale "Vida Nymph ". Director: Iveta Georgieva – a debut Stage de

Alice in Wonderland by Luis Carroll is a story of the imagination. A story of childrens imagination that wants to create a world of endless fantasy, of non-being, of absurdity, with the clear purpose of giving children a chance to be children. A world wh

Here are some photos from the opening ceremony and the first day of PIERROT 2019. Photographer: Teodora Todorova

Here are some photos from second day of PIERROT 2019. Photographer: Teodora Todorova

We have something special for all kids in Bulgaria and all around the globe. Yes! There will be a celebration of the International Children's Day. No! We could not see each other as usual. BUT don’t forget we are very close with some fairy-tale charac

Here are some photos from the fifth day of PIERROT 2019. Photographer: Teodora Todorova

State Puppet Theatre Stara Zagora and Non-profit Organization PIERROT announce an open invitation for participation in the XII Art Lab The Poets of Stara Zagora , which will be held from July 21st to August 3rd, 2022 in Stara Zagora.rn Artistic director

For the third time, the International Puppet Theatre Festival for Adults "Pierro" (Stara Zagora, Bulgaria) has been awarded the European Festival Association of Importance label!

More
State Puppet Theatre Stara Zagora processes information about your visit using cookies to improve site performance. By continuing to browse our site, you agree to the use of these cookies. Learn more OK